​At Ardtornish we are committed to improving each student’s writing skills so they can communicate in an expressive manner. One technique we teach students to use is called the “Show don’t Tell” method. Using this approach instead of a student telling the reader, “The girl felt sad when she saw the dead cat,” they show how she felt by writing, “Tears ran down her cheeks, and her sobs filled the air, as Jane looked at the dead cat.”
After being taught this style of writing, in Room 30, here is what Matthew and Georgia wrote using, as a stimulus, the picture of a mad scientist.

Norman, the old mad scientist carefully picked up the large test tube. He carefully inspected it. The smell was putrid. He was going to find me in my hiding place in the secret lab so I took my chances. With no sound at all I picked up a glass bottle labelled: invisibility potion. I drank it and felt a little whoosy. The taste was terrible, like vomit. My body began to fade away in front of my eyes. I was safe. Norman was doing an evil laugh that he had practising earlier on: ‘mwa ha ha!’ he laughed. ‘I ha haaa!’ He said a little quieter. The potion was brown with blobs and chunks in it. Norman greedily drank the whole thing and smashed the bottle on the floor. Then he was about to pore the acid on the floor. I was not about to let the entire world shrivel because of Norman. I was invisible so I stood and grabbed the green acid from him. Seeing his surprised face look at the floating acid was comedy gold. To deactivate the acid you had to add water to it and that is exactly what I did. I grabbed a half empty plastic water bottle and pored the acid in it. It sizzled, turned blue and then disappeared. I dropped everything on the floor and made a run for it. I was a hero I had saved the city. Now how would I make myself visible again?
Georgia D
Hope you enjoyed!
……………………………………
One dark night, a crazy, mad scientist stumbled into the testing chamber room in the secret facility. A crooked smile gleaned across his pale white face. Loud bumps and clanks echoed in the background. With a blue potion in his hand, the scientist poured the liquid into a test tube. SIZZLE!, it went as bubbles popped inside it. A putrid smell stank up the room. Then he grabbed the test tube and quickly locked it into a large box. As he did so the glass broke apart. CRASH! “Oh No,” said the scary scientist in a wicked tone. His mood turned from crazy to ANGRY. Red flames danced in his eyes as they widened, bigger and bigger. His mono brow lowered down. It wasn’t a very good day for him. He reached into his pocket and pulled out yet another test tube filled with blue liquid. He drank it right away. After he did so, he started growing and growing. A wicked, deformed grin painted his face. Slowly but surely, he was at least fifty feet tall. CRASH!, went the facility as the scientist’s body blew through the roof. He towered over the facility, smiling. “MUHAHAHAHAHAHAHA! I am now the world’s TALLEST man alive!” He chuckled to himself, and then stormed out of the facility heading to the city to cause chaos.
By Matthew D 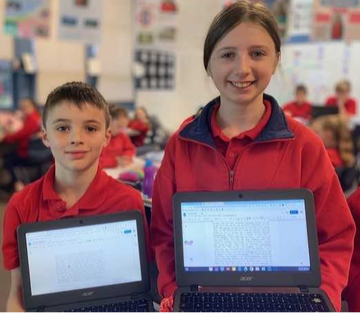